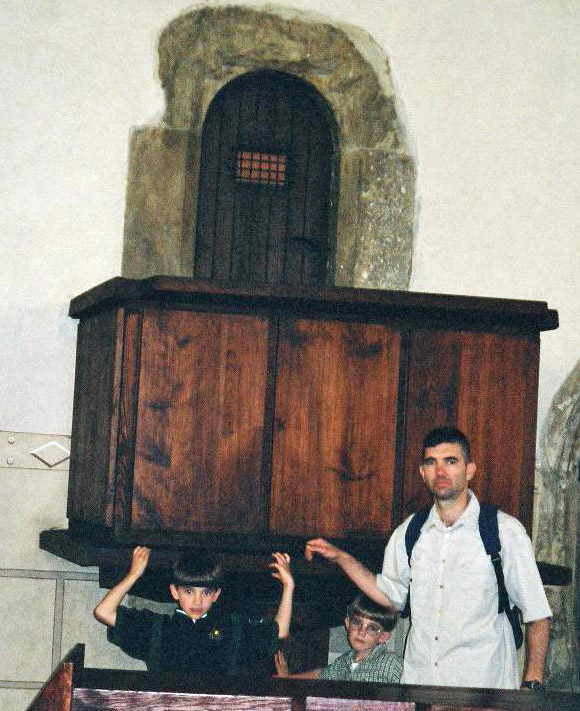 For those who believe that separation of church and state is not enough, that the world would be better off with no church at all, ask yourself this question:  How many hospitals, universities, orphanages, homeless and abuse shelters have been founded by the ACLU or American Atheist Society?  It is the inclusion of the word Christian, Baptist, etc. in the name of so many of these institutions that proves by actions, not just words, who really cares for the suffering of mankind and desires to make the world better.

Henry Halley said it right:  Hinduism has made India what it is; Confucianism and Buddhism have made China what it is; Mohammedanism has made southwest Asia and north Africa what they are; Roman Catholicism has made Italy, Spain and Latin America what they are; Protestantism has made Britain, the United States, and Canada what they are.  And BTW, don't forget what God told Abram (Abraham, father of the promised son, Isaac, and patriarch of the Nation of Israel) in Gen. 12:3--"I will bless them that bless you, and curse them that curse you."  What nation has stood by Israel's side for the last 50 years?  I believe that nation is the sole remaining super power.

We've been telling God to get out of our schools, government, and lives for years.  I believe He has complied.  Isn't it strange that, whenever there seems to be inconsistency between history and the Bible, or science and the Bible, the Bible ALWAYS loses?  Notice how all Bible critics ultimately go away, but the Bible stays?

For those who believe the Bible has lost its relevance in this nation, remember this:  Since its beginnings, the Bible as been the object of never-ending persecution.  Edicts have been issued to ensure every copy was destroyed.  Commands have been given that all found with a copy should be put to death.  The Word of God has passed through the furnace of persecution, philosophical disputation, scientific reasoning, and literary criticism, without losing one ounce of its purity.  Every possible effort has been made to undermine faith in its inspiration and authority.  Yet it is the Best-Selling book of all time--six billion copies sold and given away.  God did say, "Heaven and earth shall pass away, but my words shall not pass away" (Matt. 24:35).  That's right--all critics of the Bible will fade from existence, but God's word will remain forever (and yes, the empirical evidence is on my side).

Usually you will hear about the “big three” when someone wants to talk about how Christianity has negatively affected civilization:  The Crusades, The Inquisition, and The Salem Witch Trials (incidentally, the pope, acknowledging the deviation from Christian principles, apologized for the crusades and the inquisition in March of 2000).  But you won’t hear about how Christianity has positively influenced and transformed civilization: bringing sanctity to human life by opposing the Greco-Roman practices of abortion, infanticide, child abandonment, and suicide; raising the level of sexual morality and giving dignity to family life; giving freedom and dignity to women; first founding hospitals in the 4th century; originating universities and higher education; bringing dignity and honor to labor; spawning and developing modern science; first condemning slavery and inspiring its abolition; producing major contributions to art, architecture, music, and literature (Schmidt, Under the Influence).